How does borehole GPR work?

In principle, Borehole GPR is identical to surface GPR measurements. The main difference is that the media to investigate normally surrounds the antenna making results somewhat more difficult to interpret.  The GPR antennas are also built to fit into a borehole and includes a waterproof casing to cope with the increasing water pressure at depth.

A borehole GPR system consists of: 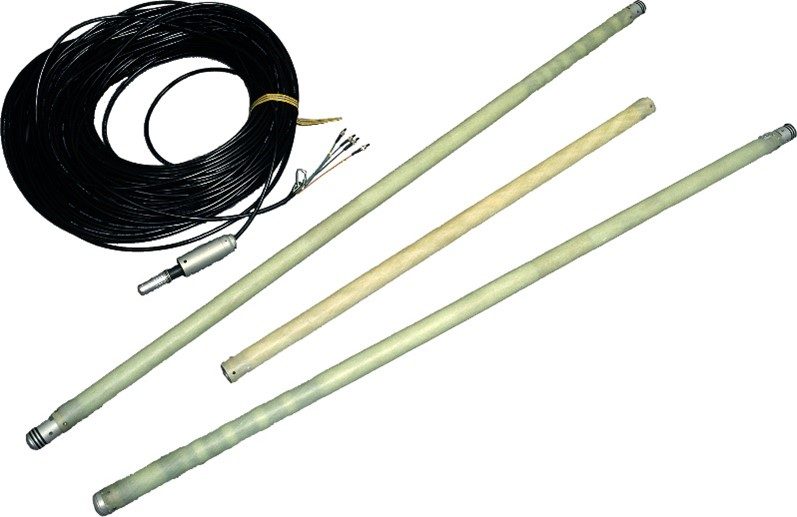 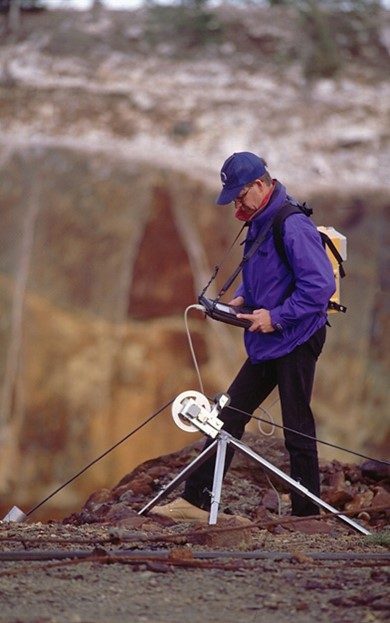 The most used type of antennas for borehole measurement are standard omni-directional dipole antennas, which radiate and receive reflected signals from a 360-degree space.

The standard borehole system is built and tested down to 200 m water pressure, but Guideline Geo can customize solutions for much higher water pressure if needed.

Reflection mode (also called dipole measurements) the radar transmitter and receiver probes are lowered in the same borehole with a fixed distance between the Tx and Rx, as an ordinary 2D ground measurement. Reflection mode is used to map the distance to reflectors (as fractures, cavities, boulders) and in the case where the reflector is a plane (as a fracture, tunnel, borehole), the angle between the plane and the borehole can be determined. 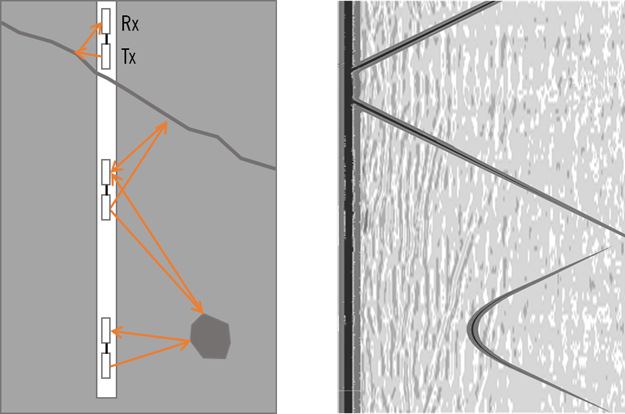 In Cross-hole mode (or tomography measurements) the transmitter and the receiver are lowered into different boreholes. The plane between the boreholes is investigated by acquiring radar transmissions along multiple ray-paths across this plane. Tomography inversion can be made both for amplitude and the travel time of the first arrival. Travel time tomography can indicate higher water content in the media (e.g. water filled fractures and cavities) because the velocity of the radar signal is strongly affected by the high dielectric constant of water. Amplitude tomography is used to determine attenuation of the radar signal and can be used to map the presence and distribution of contaminants and water in fractured rock. 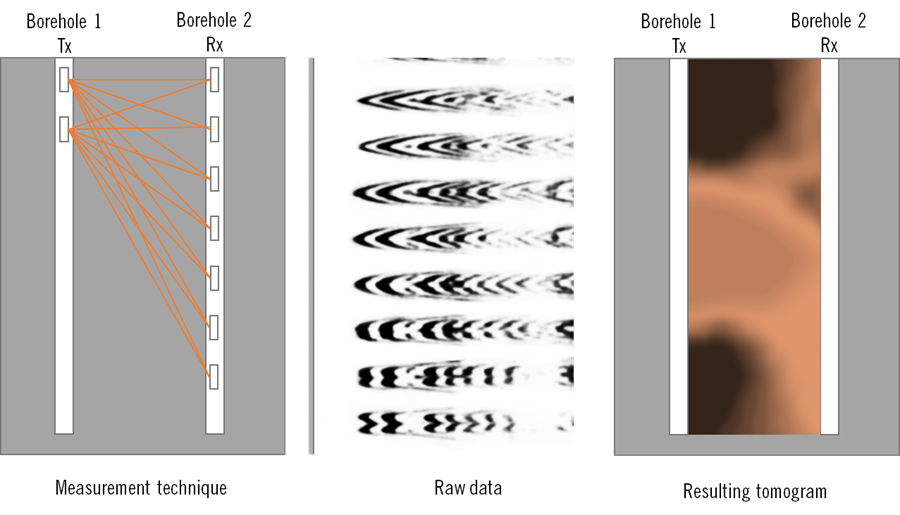 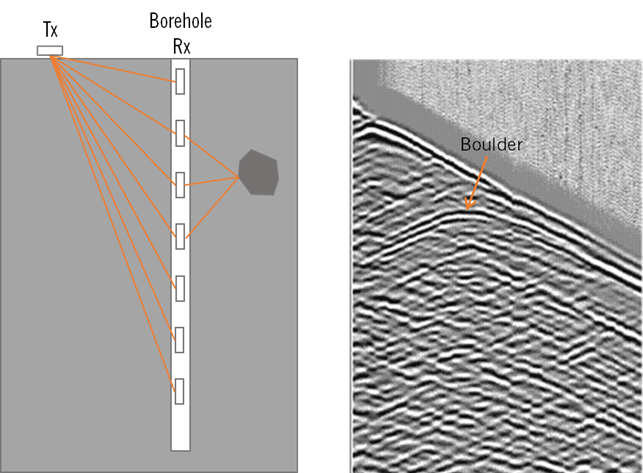 For borehole GPR investigations it is also important to remember that: