Ice and snow are many times important indicators of changes to the climatological system on Earth. A changing structure and volume of these media are normally associated with climatological changes and other trends important to humanity and life on earth. Furthermore, hundreds of millions of people are dependent on snow and ice, accumulating in mountain areas or other cold climate regions, for drinking water, agriculture, power production and for other industries. As a result, the need to map and monitor ice and snow conditions is becoming increasingly important. In remote locations, where most of the significant assets are located, efficient methods for ice and snow investigations are essential. Geophysical methods, such as GPR, seismics and sometimes TEM, are commonly used and very suitable for helping create a more comprehensive and clearer picture of the ice and snow situation around the world. 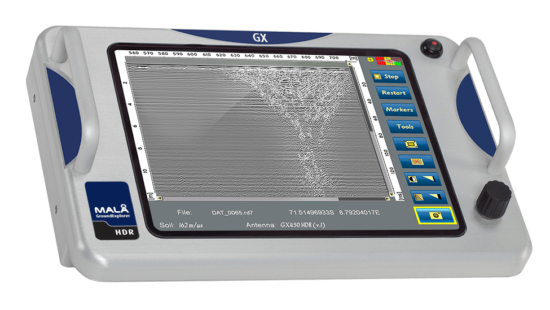 Ice crevasse in Antarctica, as shown on the GX Controller.

For Ice and Snow, GPR is commonly used for finding anything hidden in the medium as well as mapping structures, such as layers, cavities, crevasses and fractures. GPR is also used for snow-taxation, mapping permafrost changes and thickness of ice-roads.

Read more about the GPR method

Homogenous ice and snow volumes are ideal media for GPR. With its high electrical resistivity the penetration of the GPR signal is exceptional and survey depths are much greater than in other geological environments. For low frequency GPR antennas it is not uncommon the penetration depth is several 100’s of meters, limited by the time window of the specific equipment only. Water rich, or partially melted areas, may sometimes create more complex results and limits the penetration depth. It is of importance to remember that, with the increasing penetration depth, point objects also need to be increasingly larger if to be detected.

GPR antennas can be deployed in a variety of ways and are usually adopted to local survey conditions. Most GPR surveys are done by pulling or pushing the antennas along the ground. The GPR antennas can be pulled behind different types of vehicles or pushed in hand-carts, anything that makes the survey as convenient as possible. When working on glaciers or other ice fields, it is common to have the antenna mounted in front of vehicles in order to detect crevasses prior reaching them.

Guideline Geo also offers a low frequency antenna for drone mounting, which can be very convenient for glaciological applications in areas with extensive fractures/crevasses, thus avoiding the risk of injury to personnel.

During investigation, the position of the GPR antenna can be tracked by an external or the built-in internal GPS. 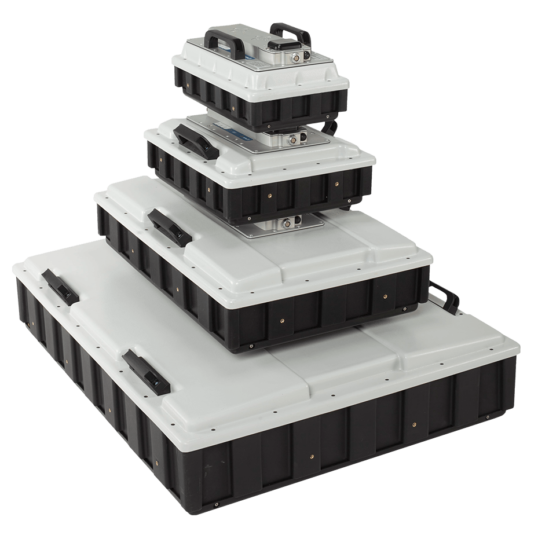 MALÅ GX is an easy-to-use and field proven GPR solution for a wide range of glaciological applications. 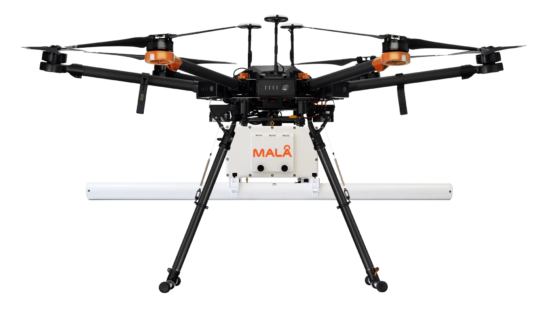 The GeoDrone 80 is a drone mounted GPR antenna suitable for glaciological investigations, or for mapping very deep snow.

Within the Application Area of Ice and Snow, Guideline Geo´s GPR systems can be helpful in several different ways. The most common applications are listed below

Seismic surveys rely upon an energy source transmitting elastic waves through the ground, which are then recorded by a seismograph via sensors (geophones or hydrophones for land and water, respectively). The speed and path of the waves is determined by the density, elasticity, and structure of the ground. By analysing the speed and nature of the responses, a model of the sub-surface structure and layer velocities can be produced. The layer velocities can help to predict the type of material present as well as its strength and/or stability. Typically, faster velocities indicate stronger or more stable material.

Read more about the SEISMIC method

Both reflection and refraction methods can be used for mapping e.g. ice thickness, discontinuities within the ice (as crevasses) and bedrock topography of temperate glaciers (but not for snow). Ice will result in a higher P-wave velocity compared to the ground below. Most often seismic gives a clearer picture than GPR, as GPR data will be more affected by the water content in the ice.

Depending upon the sensors configuration, different types of motion can be recorded and the source/receiver layout will determine whether the result is a sounding (point investigation such as vertical seismic profiling, VSP) or something more comprehensive which also reveals velocity variations across an area (profile and/or 3D investigation).

The three main survey approaches are refraction, reflection, and surface wave analysis, each with their own advantages and disadvantages but, in general, for ice measurements, the reflection method is probably most common. 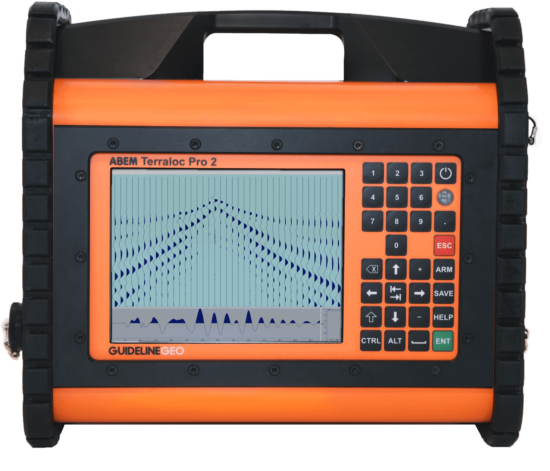 Terraloc Pro 2 seismograph is a great companion for almost all seismic applications whether it is as MASW or reflection survey, cross-borehole testing, or a marine refraction investigation.

What method and technique to use?

Whilst there are many factors involved in deciding upon the correct solution for a given project, these are some of the key considerations:

Guideline Geo also provide TEM and resistivity solutions, which can be beneficial to obtain vertical resistivity soundings and mapping changing resistivity in the subsurface.

The TEM method is perfectly suited to locating groundwater and minerals, but also useful for applications such as geological mapping and environmental surveys. If the material beneath the glacier is more conductive than the ice, or ice and rock, above it then TEM can provide a rapid means of testing the profile of a glacier. It can be done with less equipment and considerably less effort than a seismic survey but does not afford the same d eta il as seismic and GPR methods.

Electrical resistivity can be an efficient option to map the subsurface conditions when you need a non-destructive investigation technique and/or want improved data coverage compared to traditional, point-by-point, intrusive methods (such as drilling or digging).

To contact sales, please fill in below form. Since all our products are modular, include any information you have on the intended application, geology/terrain, structural/ground-conditions, depth requirements and previous experience using our equipment - and we will get back to you with a recommendation.