The Engineering company Astacus based in Sweden and India expanded
its core business – apart from offering terrestrial laser scanning
of buildings they now also provide the customers with a
subsurface utility mapping service.

Specialized in measurements of real estates and machinery by
using laser scanning and UGS (Utility Ground Scanning). Solutions within CAD, BIM and GIS. 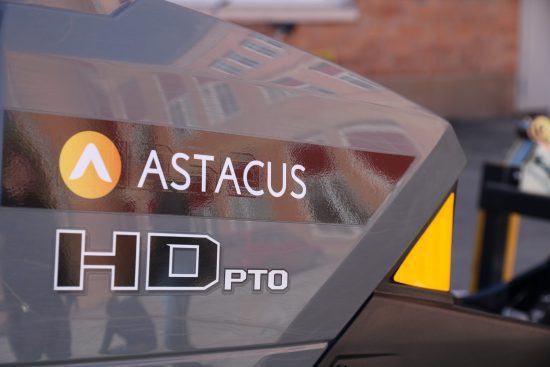 The Traffic management in Stockholm, Sweden (Trafikförvaltningen,
SLL ) requested help with sub surface utility documentation from Astacus. The Nyboda bus and tube carriage depot in Stockholm accommodates hundreds of vehicles and a new pump station had to be constructed within the premises. But because of a lack of accurate subsurface documentation the ground needed to be thoroughly investigated before the construction of the new pump station could commence. 4-5000 m² needed to be mapped. 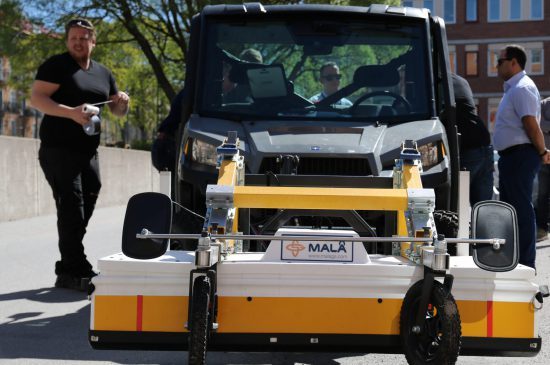 Astacus performed the utility mapping using the MALÅ Imaging Radar Array (MIRA), a 16-channel ground-penetrating radar system with a central frequency of 400 MHz. In this configuration, the antennas are placed in a box and pushed over the survey area with the help of a carrier vehicle. This 3D multi-channel array system has the capability of collecting up to 50 000m² per day with a data point density of 4 x 8 cm.

Collecting and analysing the GPR data

The high-resolution 3D data was collected in broad corridors (“swaths”). The MIRA data was filtered and processed using the MALÅ rSlicer. Astacus’ own-developed sofware, transforming the GPR depth slice into a point cloud format was also used. This enables Astacus to combine the GPR data with the laser scanning data imported into CAD software, which forms a seamless model of features both above and below ground, that can be used as the basis for very accurate mapping and planning. 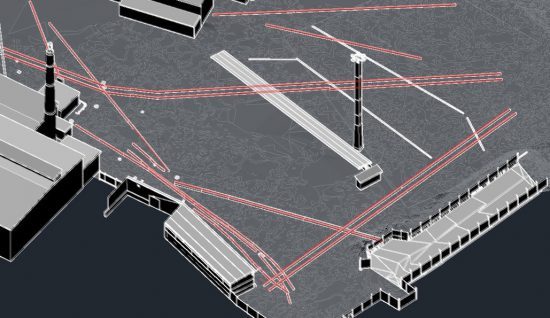 The GPR survey identified the location of, for example, conduits, near surface water, underground electricity shafts, subsurface grease pits and concrete slabs within the upper 2m of soil. Updated and accurate maps based on the data from the GPR survey enabled the efficient, safe continuation of the pump project.

Astacus in media (in Swedish) here: