GPR identification of ash layers and water tables in Iceland

The Ground Penetrating Radar survey was conducted by the University of Gothenburg & University of Iceland. The investigation took place in Iceland during one of their coldest summers in 100 years. 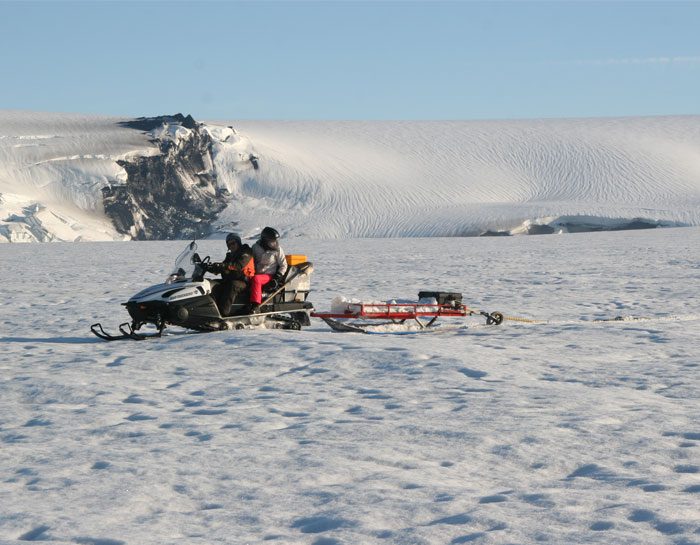 Vatnajökull is the largest glacier in Europe with its 8 100 km2. Under the glacier ice, several volcanoes exist with the most recent erupting under Barðarbunga 2014–15. The currently most active volcano in Iceland is Grímsvötn with its most recent eruption 2011.

The first part of the GPR-project addresses the distribution of the 2011 ash layer, whereas the second project is to follow the dynamic life of the cauldrons on Vatnajökull. Specifically, the cauldron Skaftárkatlar has been measured with Ground Penetrating Radar to resolve its internal structures and to follow the position of the groundwater table over the years to learn more of the dynamics when a cauldron is emptied for water in a flush flood (Jökulhlaup). 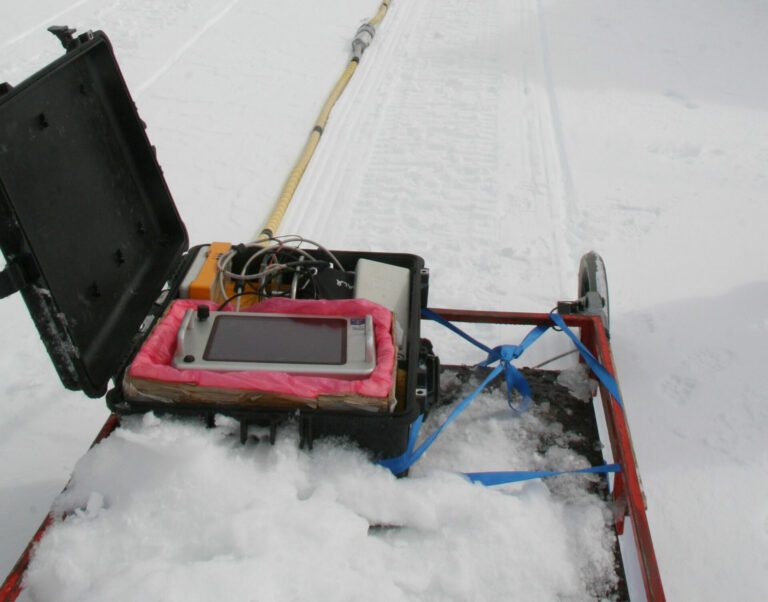 The Malå GPR-system was used for both profile and Common Mid Point (CMP) survey.

Profiles were made with a 50 MHz Rough Terrain Antenna (RTA).

In the two main areas for investigation, 35 km of profiles were made, of which 15 km was in the eastern Skaftará cauldron and 20 km at Háabunga, respectively. The 50 MHz RTA can with ease be towed to a ski-doo in 15-20 km/h and generating plentiful of profiles. Both the interbedded 2011 ash layer and the water table in the cauldron make excellent reflectors.

The GPR-data reveals the inner structure of the glacier down to 150 m depth.

The reflectors in the diagram are firn (the top of the annual snow) and ash layers. A distinct reflector intersects these and this is the ground water table. The data is from a cauldron that is formed by melting at the base of the ice and the melt water is accumulated in it.

The diagram is from the early summer of 2018, with the water table at 10-15 meters depth. No surface water was observed, but the water in the cauldron was on the brink, and it was drained in August 2018. This resulted in a flash flood out from the glacier.

(The radar reflection profile is not corrected for elevation)

CASE STORY FOR DOWN LOAD (PDF)

A special thanks to the case story authors Professor Erik Sturkell and Andrea Håkansson, MSc student – Department of Earth Science University of Gothenburg, Sweden, for sharing (text and images).